There is almost more sushi joints than pizzerias in Stockholm now days. With the extremely high standards of the restaurants in the capital it's shocking to see how bad 99% of the sushi restaurants are. Thank god for Råkultur.
This easy going sushi place, serving both lunch and dinner, is owned and run by Sayan Isaksson and is located in the same building as Sayan's Michelin starred, fine dining restaurant Esperanto.

I went for a quick lunch with mom and my auntie.
We started of with a lovely selection of sashimi beautifully presented on a mist of dry ice. 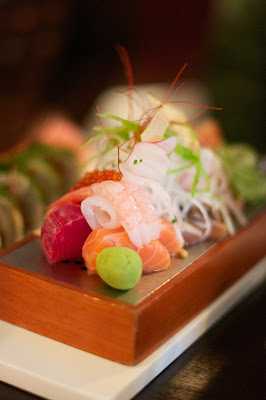 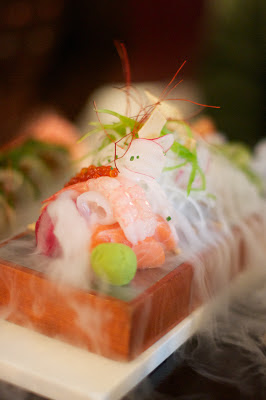 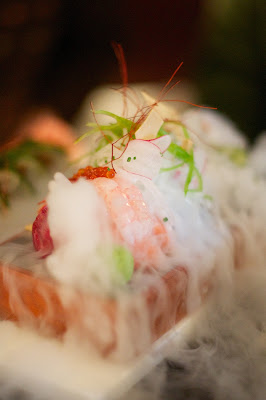 Next up a maki roll filled with sweet pork ribs, ginger and shiso. Great flavors but the rice was a bit too cold. 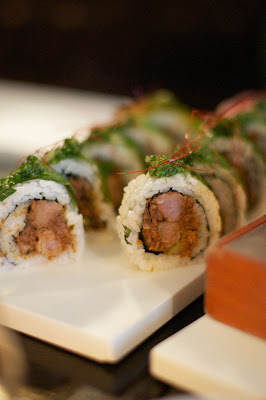 After this we were served sushi moriawase of only Scandinavian fish. The nigiri selection were; wild salmon, cod with chili mayonnaise, silver eel with smoked teriyaki sauce, pike-perch in hay, halibut marinated in beetroot and topped with tobiko, char with squid emulsion, scallop with mustard miso and finally salmon belly tataki with meat soy.
On the plate we also had a gunkan of char and two kinds of maki rolls; salmon with tamago and cod with cucumber and leeks. 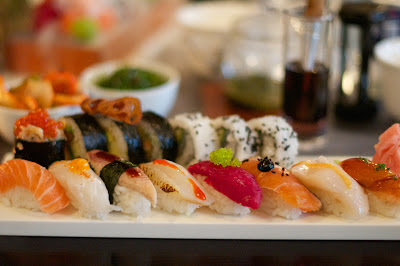 To prevent the guests to over-season their sushi in a pile of soy, Råkultur serve all their sushi bites with soy in a shot glass and a brush. You're meant to "paint" a small amount of soy on the fish only, not the rice, in true Japanese fashion. 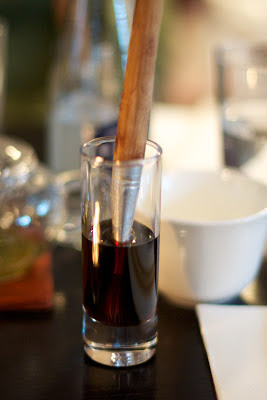 Together with the sushi I drank White Ale Hitachino Nest Beer from Kiuchi Brewery in Ibaraki, Japan. This fantastic wheat beer is flavored with coriander seeds, orange peel and nutmeg, just like the famous Hoegaarden. But unlike the Belgium wheat beer, the White Ale is backed with nice bitterness and greater depth. The beer is imported in Sweden by my good friend Åke Nordgren and his company Akebono. Åke is a well respected person in the world of Sake and Japanese gastronomy and was 2010, awarded Sake Samurai in a big event in London. He's the seventh person outside Japan who got this prestigious award. 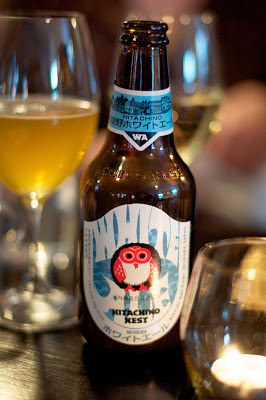 An amazing dessert of apple purée flavored with brown butter, topped with frozen yogurt and fennel meringue came next. I really loved this one, so, so good. 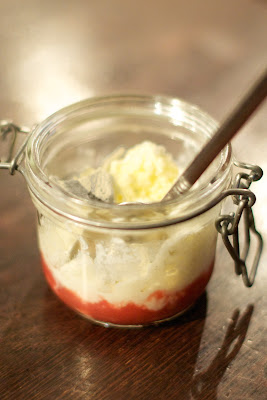 Can't wait for Sayan's next restaurant to be opened soon. It's going t be a fine dining version of Råkultur. Stockholm and the world, be prepared!!!

Nice one, I like the idea using brush for the soy sauce. I hear about this beer as well but still never have chance to try. Think they don't have in dubai.
Vinh

Its a great beer Vinh and would be a great option for Zuma :)