This restaurant is great inspiration for people who wish to open a restaurant of their own but don't dare to, due to lack of big financial assets, lack of interior designer friends, lack of posh location or fear of loosing the battle to attract guests in a city full of competition.
Chef Claes and sommelier Alexander, who owns the place, used to work together at one Michelin star restaurant Kock&Vin in Sweden's second biggest city Gothenburg. They eventually decided to risk everything to open Nook in the capital. A well gambled risk as the restaurant has been more or less full since the opening.
Plates from Ikea and a sober, minimalistic interior shows that you don't need to splash out the big bucks in order to create a personal environment.
Nook "only" serves two 3-course menus, apart from a few bar snacks and big suckling pig feast for bigger parties. At the time of our visit one menu cost 350kr (42$) and the other 400kr (48$), a bargain I must say.
I started with a bottle of cold Punk IPA from the Scottish brewer BrewDog.
Intense, tropical notes of mango, pineapple and passion fruit mixed with rich bitterness, it's a beer I really like. 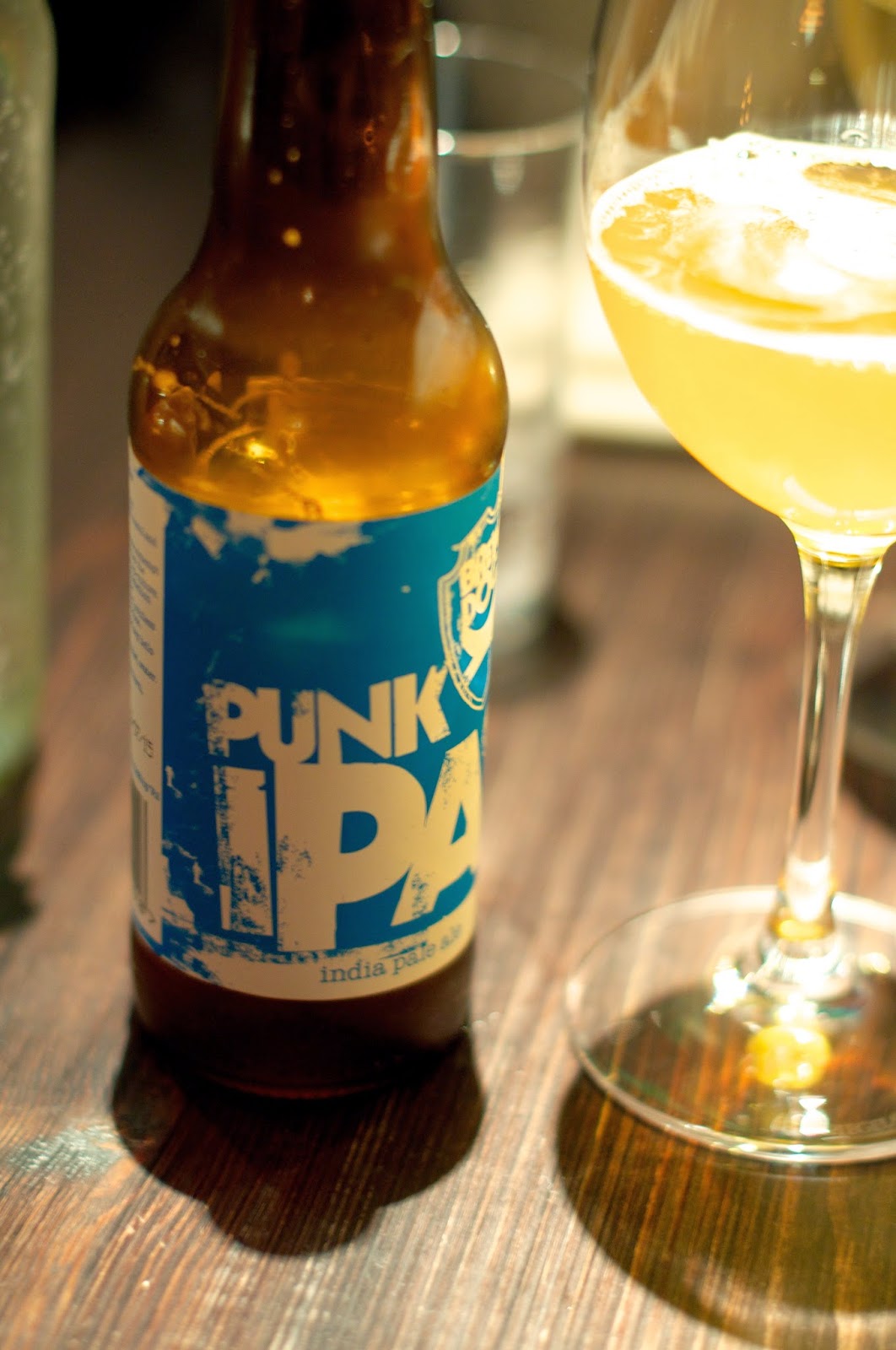 As I had a bit of a blocked nose this very evening I missed a few of the delicate nuances of the Barolo I ordered but I still liked the slightly earthy notes I sensed in 2005 Barolo Gavarini Chiniera from Elio Grasso. Unfortunately the wine was served too warm but after 10-15 minutes in an ice-bucket the problem was solved. Still I think some restaurants needs to take serving temperature of wine a bit more serious.﻿ 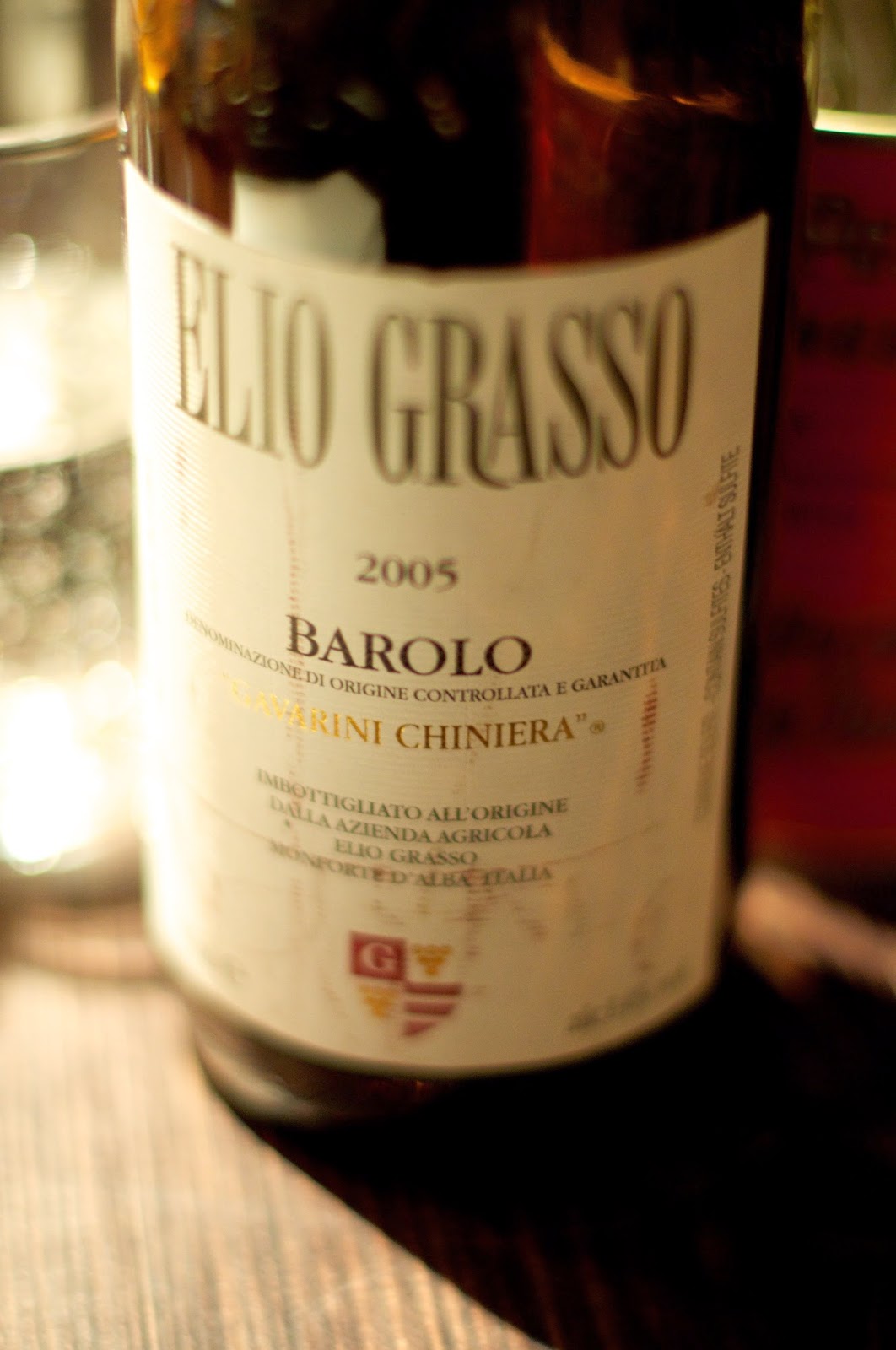 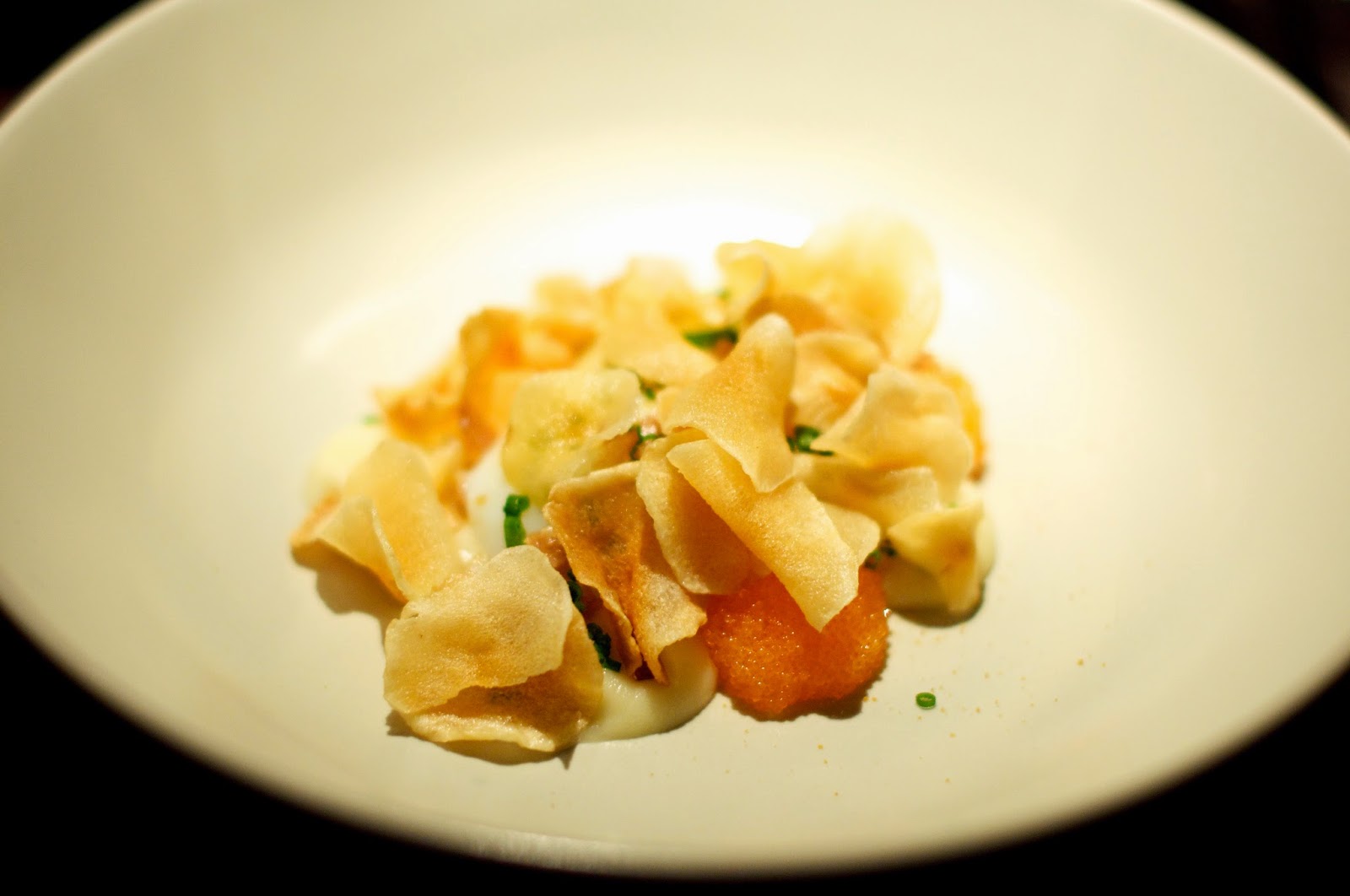 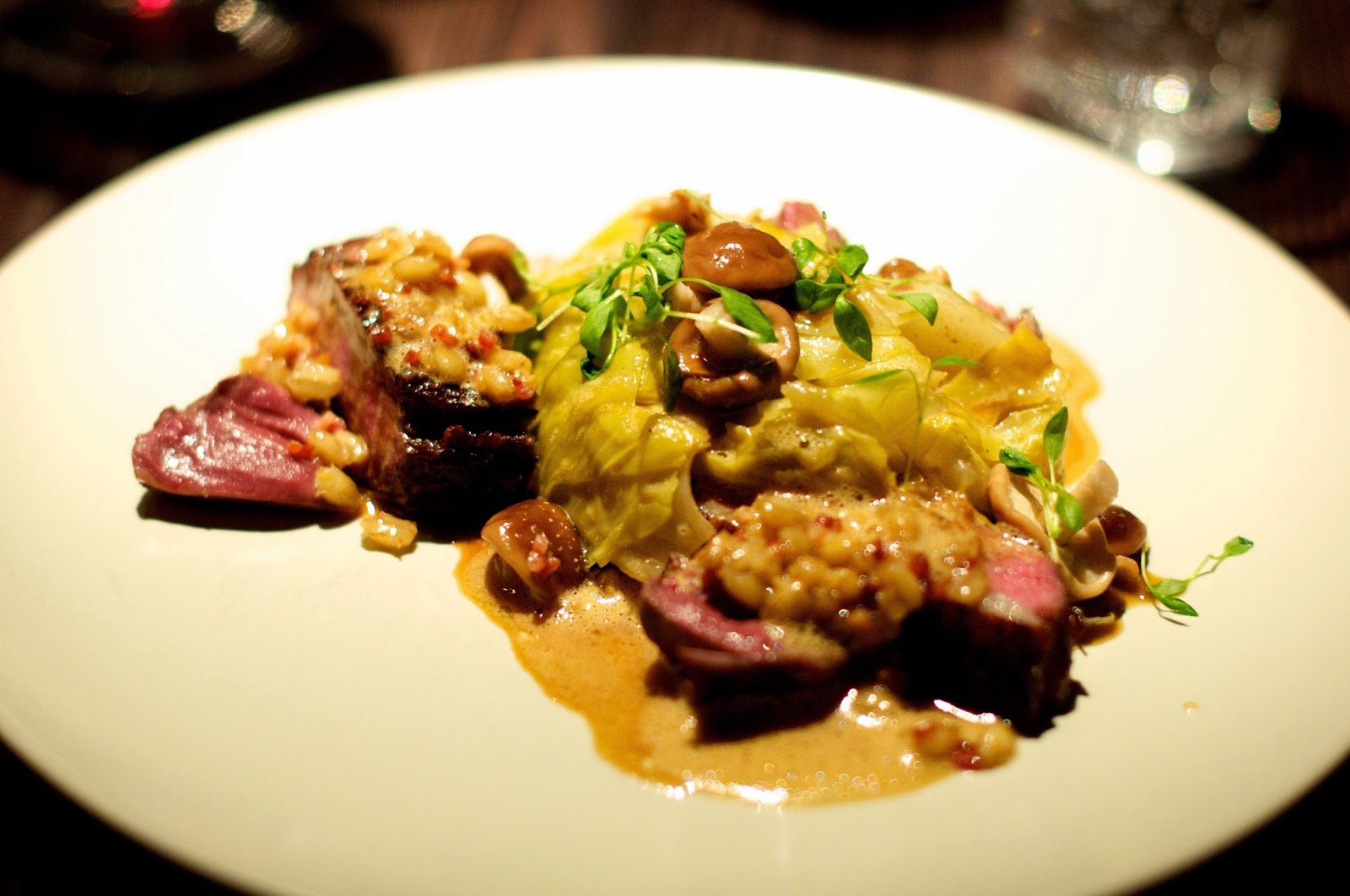 Dessert was a brown butter ice cream with cloudberries, almond and pickled spruce.
Nice but maybe a bit heavy for my personal taste. 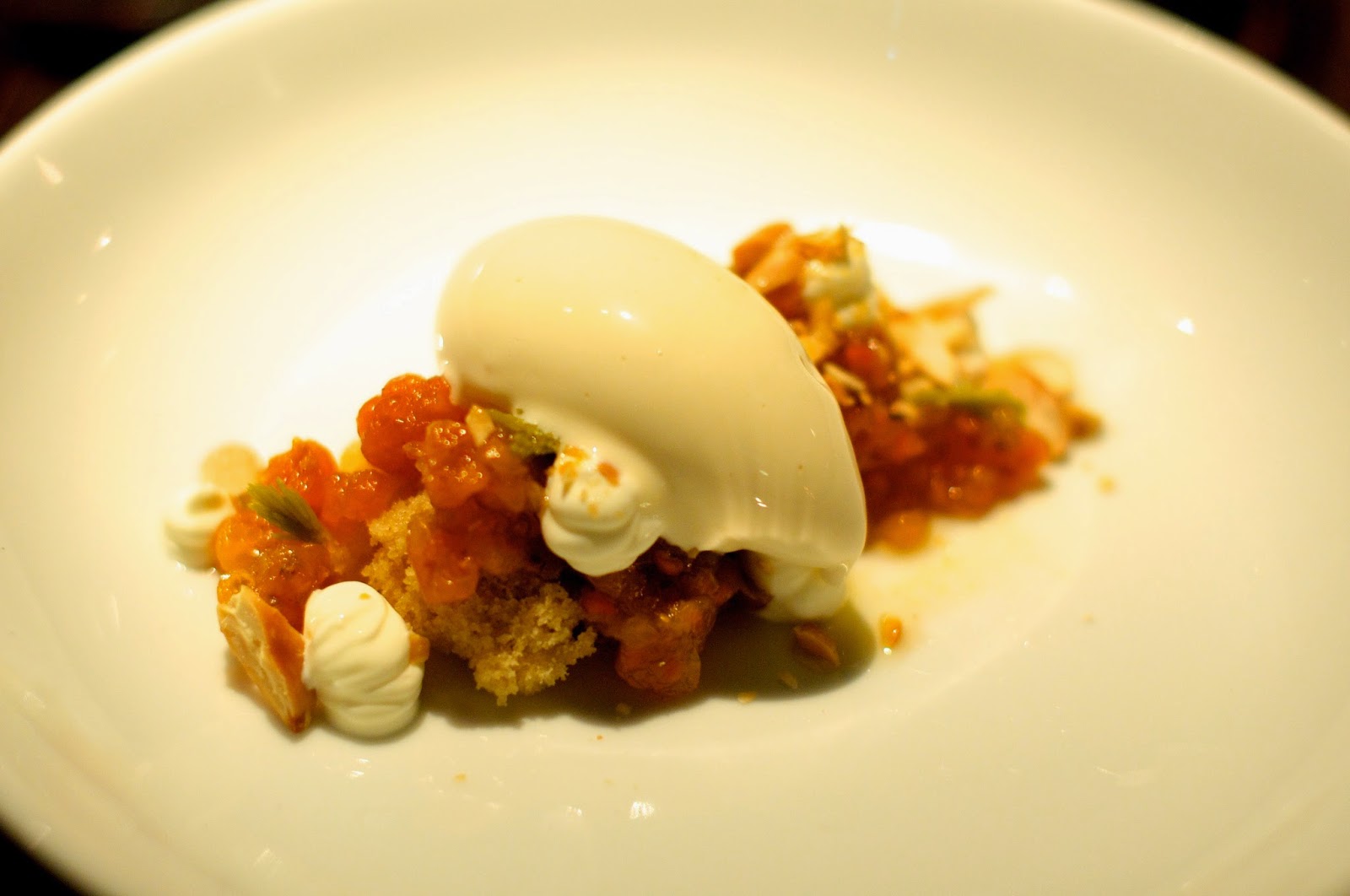 As a minor negative point the food took quite some time to get delivered to our table. I understand that with their price point they can't afford to have a massive kitchen brigade but a small, simple appetizer or some bread could have saved the long wait. Nonetheless, I was very happy with the dinner and would gladly come back. ﻿