As soon as I touched Swedish soil my dear friend G sent me a text suggesting that we should have a dinner together at his place with his wife P. It didn't take many seconds before I accepted the invitation.
Mr G is not only a dear friend but he is also a true wine lover like me and is now the owner of a small wine import firm called www.bristly.se
We started off in his kitchen sipping on a bottle of Brut Blanc de Blancs Grand Cru from the Champagne house Pierre Moncuit. A nice, fresh start with citrus notes and a pleasant touch of honey at the end. 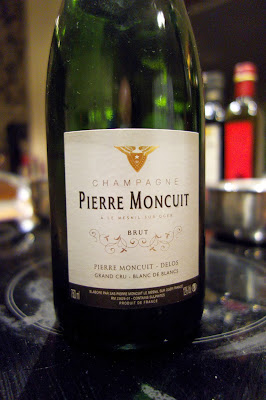 I had decided to bring a starter and we were all happy with the result; pan-seared scallop with cauliflower puree served with a rich jus made of homemade beef stock, sherry vinegar and soy.
Because of the natural sweetness of the scallop and the cauliflower I served a bottle of 2011 Saarburg Rausch Riesling Spätlese from Weingut Forstmeister Geltz Zilliken in Mosel, Germany. It ended up being a bit too sweet and rich for the dish. Well you cannot always be spot on. 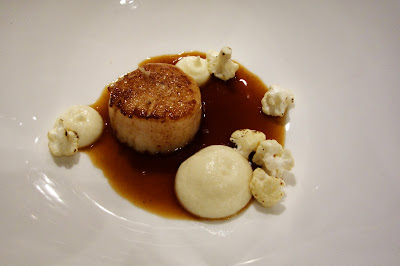 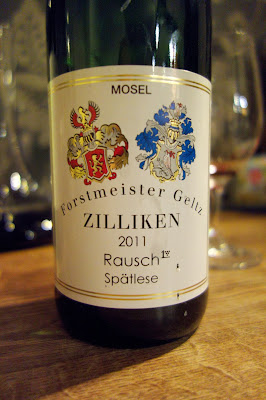 Now it was time for a "wine in between" while the barbecue was heating up. Who said you can't have a barbecue in December in Sweden?

2007 Bonnes-Mares Grand Cru from Olivier Bernstein ended up being our beverage while waiting. A massive, rich, meaty and herbaceous style of Pinot Noir full of cherry and licorice flavors. A very unique style of red Burgundy I must say. Olivier Bernstein used to be a student of the legendary Henry Jayer before he started his négociant firm only buying fruit from the oldest vines possible in Grand Cru and Premier Cru soil. 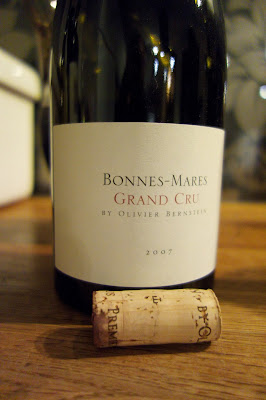 Now a big pile of grilled flank of beef was on the table with a thick sauce béarnaise. Apart from the bottle of Riesling I also had brought a bottle of 2004 Messorio from Le Macchiole in Bolgheri, Tuscany, Italy.
What an amazing wine. Just perfectly balanced acidity, tannins and fruit followed by a long, long finish and not at all a massive blockbuster but rather elegant with mineral, black currant and almond liqueur on the palate. I believe that the wine was at a perfect stage now to drink and I'm not far behind James Suckling who gave this vintage a perfect 100 points in Wine Spectator when the wine was released. Both I and G discussed how happy we are that these kind of wines are so "un-trendy" at the moment, especially in Sweden where Burgundy seems to be the only wine you can drink unless you want to be considered as an uneducated geek. This means more of these fantastic wines for geeks like us, fantastic. 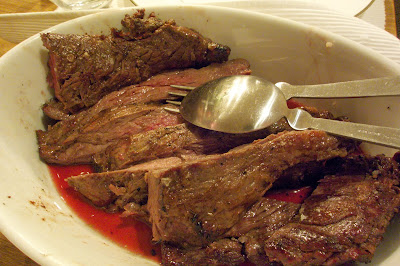 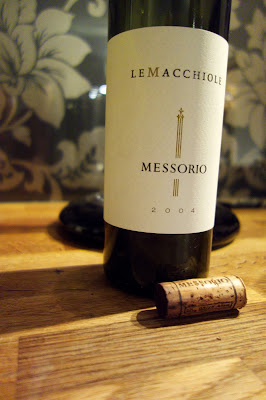 All Matrix-movie fans out there might know about the music composer Rob Dougan but I'm not sure how many knows that he, since 2004, owns the winery La Pièra En Damaisela?
In Languedoc where the winery is located they make a couple of different wines and we drank their top wine La Pièra from the vintage 2010. Made from Syrah and Grenache from tiny, tiny yields it's a massive, rich red, that I can understand, made Robert Parker blush with happiness. Will be interesting to try in a few years as it was very young and oak-driven at this moment. 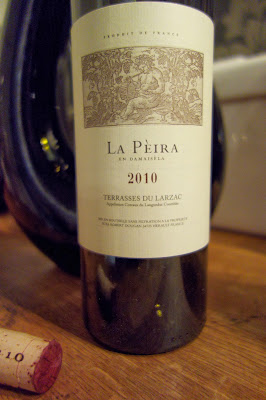 We rounded the evening with comté and a beautiful bottle of 2004 Asili Barbaresco from Roagna packed with notes of roses, violets and cranberries. Roagna keep their wines in their cellar for years until they feel they are ready for the market and ready to be drunk. A great philosophy that more serious Nebbiolo producers should adapt as so many of these red wines from the snowy hills of Piemonte are drunk way too young.

After all these wines, drunk mainly by me and G, as his wife drinks more moderately, we were pretty tired and I went back home after a fantastic evening. 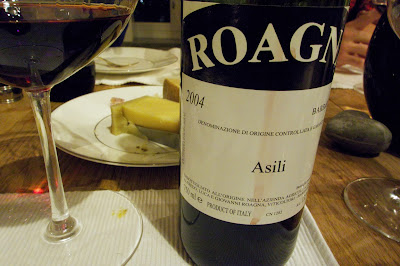