A cup of "shit" coffee

For us foodies there's always an urge to try the most exclusive of items; a bottle of Romanée-Conti, white truffle from Alba or a 12 grade steak from Kobe. When it comes to coffee the most expensive, rare, and mythical is "Kopi Luwak" from Indonesia. The cat-like animal Civet or "Luwak" loves to eat the ripe coffee cherries which later is passed through the digestive tract. Since the beans are hard to digest for the animal it follows the fecal and can be gathered, washed, sun dried and then lightly roasted for coffee. The enzymes in the Civet's stomach is the cause for the low acidity, lack of bitterness and the unique taste of the final brew.

Two years ago I visited a coffee plantation in Bali where they "produced" luwak coffee. To sit on a bench, overlooking the jungle and drink it on site from beans just roasted over open fire was a very special experience. 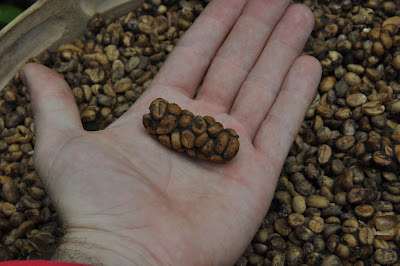 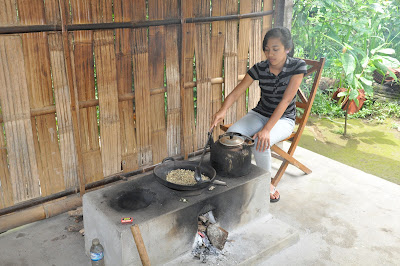 I recently bought 100 grams in Jakarta for 45$ (you can calculate the kilo price yourself) and if you have the luck to find it in an exclusive coffee shop you'll pay 40-80$ per cup!!!

So how did my "Rolls-Royce"-coffee taste?
After a medium-fine grinding of the lightly roasted beans and a three minutes extraction in 95 degree water it was finally time to have a sip. 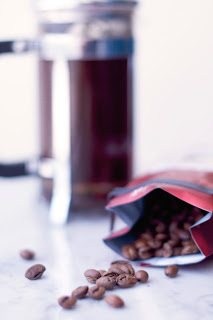 The nose was light with a creamy aroma of hazelnuts followed by a light to medium full taste of milk chocolate and nuts. Well balanced acidity and minimum bitterness. What struck me was the extremely long taste, it just linger and linger. It's truly a great tasting, elegant coffee but is it worth the price? maybe not? There are so many great, exciting estate coffee's on the market for a fraction of the price. But it could still be worth trying ...if you'll find it.
Posted by Unknown at 12:23 No comments:


I haven't eaten much Vietnamese food so when two friends (one of them a chef from Vietnam) recommended me to try Hanoi restaurant in JLT I had to go.
The food from Hanoi, the city, is known as being light, fresh and less spicy than the food from other parts of the country so was the dishes in this restaurant.

The interior is simple but still nice and a bit kitschy with its colorful chairs and fake palm trees. Most of the staff seemed to be Vietnamese which adds authenticity.

Hanoi doesn't have a liquor license but a great selection of juices and teas. One drink that caught my attention was artichoke tea so of course I had to try that. Intense aroma of the vegetable followed by a dry, earthy flavor. It also had a bitter and leathery after taste that was more interesting than good. 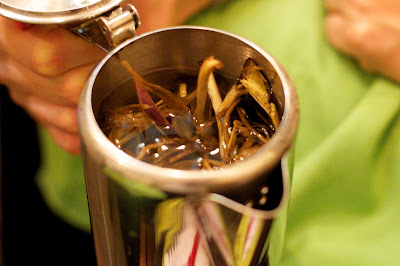 We also had two types of bubble tea. I went for "flavored iced shaken black tea" while C chose "ice shaken thai tea" which was spicy with flavors of cardamon and cinnamon.

The chewy, sweet bubbles in the bottom of our teas are made from tapioca and these sorts of refreshing teas was invented in Taiwan in the 80s and is now a popular drink throughout Southeast Asia. 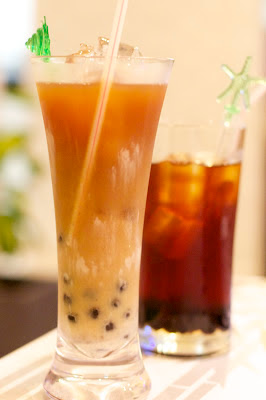 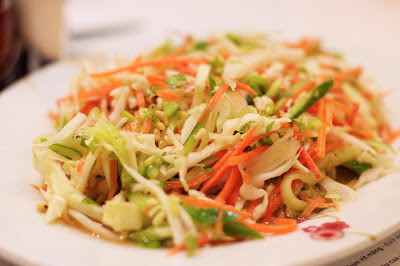 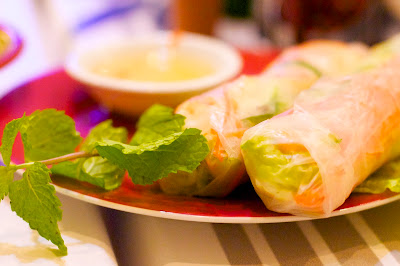 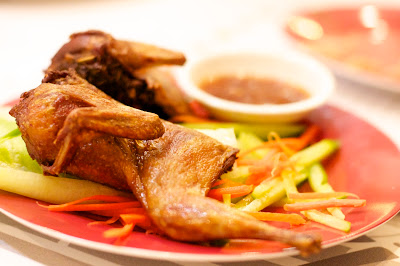 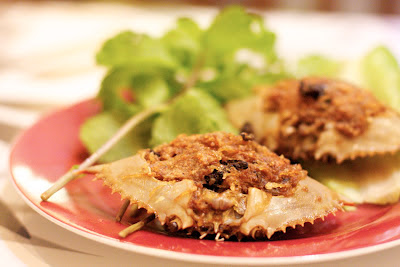 We continued with a lovely braised eggplant and tofu clay pot. So yummy. 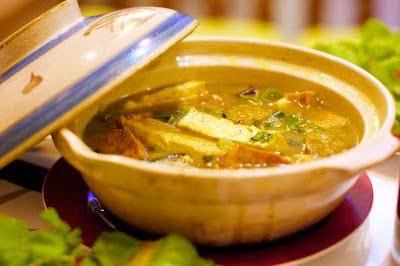 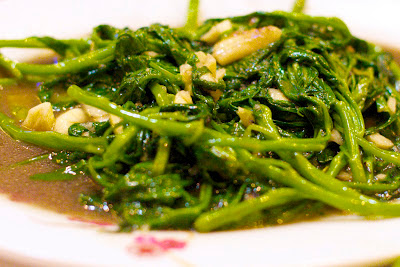 For dessert I chose banana, sago and coconut pudding 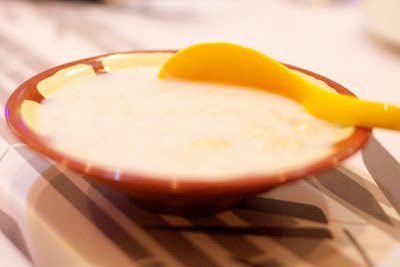 While C had banana fritters with ice cream 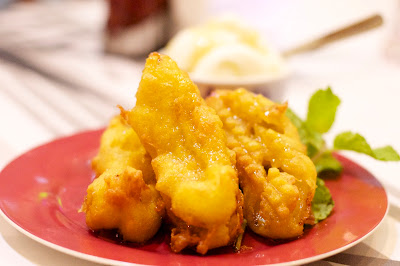 I rounded of the dinner with Vietnamese coffee. The bottom of the glass was filled with condensed milk so it turn from a strong, dry brew into a milky, sweet drink after i stirred the spoon. Pretty nice. 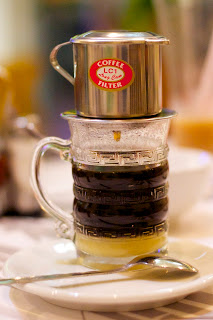 Hanoi also deliver food but at the moment only to the JLT area, unfortunately, so I guess I have to come back soon.